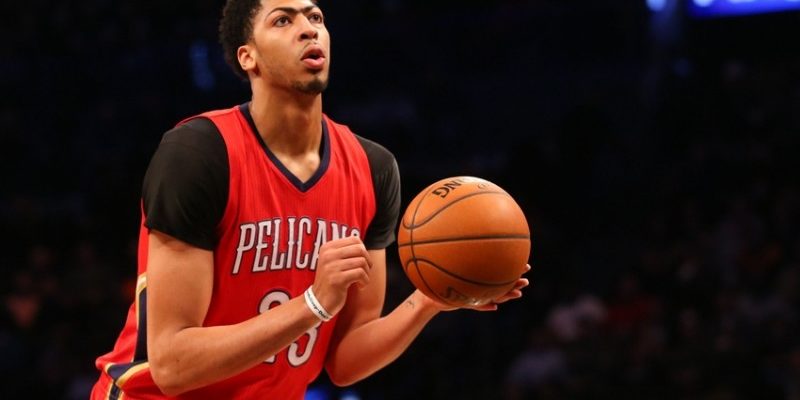 Anthony Davis Net Worth: Anthony Marshon Davis Jr. is an American professional basketball player who currently plays for the New Orleans Pelicans of the National Basketball Association (NBA) in the center forward position. He has earned a gold medal with Team USA in the 2012 Olympics. As of 2016, Davis has an estimated net worth of $22 million.

Davis was born on March 11, 1993, in Chicago, Illinois. He studied at Perspectives Charter School where he was one of the most important players in the team and won numerous accolades including the 10th annual Jordan Brand Classic. He had many options but he committed to Kentucky Wildcats where he was again a star performer there as well. He went on to be named as Grand Slam of National Player of the Year, Defensive Player of the Year, and Freshman of the Year. The Wildcats also finished as number one overall in the 2012 NCAA Men’s Division I Basketball Tournament and went on to win the NCAA championship as well.

In 2012, Davis was named in the 2012 Sporting News All-American first team and was also selected in the All-Sec first team after competing in the 2012 SEC tournament. That year, he declared that he was getting into the 2012 NBA draft. Even though many franchises wanted him, he went on to be selected by the Hornets on a deal that was worth upwards of $16 million for three years.

His career started with his debut against the San Antonio Spurs where he showed early signs of the talent and skills that he possessed. He went on to be selected in that year’s 2013 NBA All-Rookie First Team selection. He also came second in the NBA Rookie of The Year award. The Hornets were then renamed as the Pelicans in the following season and Davis by this time had already cemented his place in the squad with some magnificent performances.

Anthony Davis Net Worth in years

He also featured in that year’s NBA All-Star game after Kobe Bryant had to withdraw. He set many records that year because of the performances he had made even though he was still very young. He went on to come third in the NBA Most Improved Player Award. His $23.6 million 4 year deal ended in 2015-16 season which arose many speculations about the future of one of the NBA’s finest talents.

But, Davis decided to stay with the Pelicans after they offered him a long-term contract worth around $145 million for a period of 5 years. This contract made Davis one of the highest paid players in the NBA in the history of the sport even beating the $132 million deal that Lakers great Kobe Bryant had signed. This contract is set to drastically improve Davis’ net worth in the coming years. Even though, during the 2016-17 season, Davis got a bad long-term injury, with such rising popularity because of his amazing skills during the game more money from endorsements is sure to follow in the coming years.