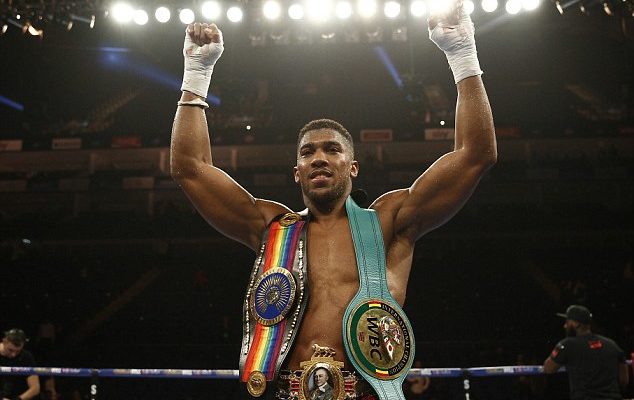 Anthony was born in October 15, 1989 at Watford, Hertfordshire, England to Nigerian parents. He grew up for some of his early years in Nigeria and returned to the UK to join Kings Langley Secondary School. Joshua started his boxing career at the age of 18 joining the club Finchley ABC in North London. He won the 2009 and 2010 Haringey Box Cup followed by the senior ABA Championship in 2010.

His hard work led him to earn a place on the GB Boxing team and the same year, he became British amateur champion at the GB Amateur Boxing Championship after defeating Amin Isa. In total, his amateur career stands to a record of 40-3. Anthony’s first match as Professional boxer came against Italy’s Emanuele Leo on October of 2013. In 2014, he improvised his record to 9-0 with a victory over Russian boxer Denis Bakhtov for the WBC International Heavyweight Title.

As of 2017, Joshua is ranked as the world’s best heavyweight by BoxRec and fifth by the Ring Magazine. Anthony is the second British boxer to win both a gold medal at the Olympics and a world title by a major professional body. He is also the second boxer to win a world heavyweight title whilst still reigning as Olympic champion at the top weight.