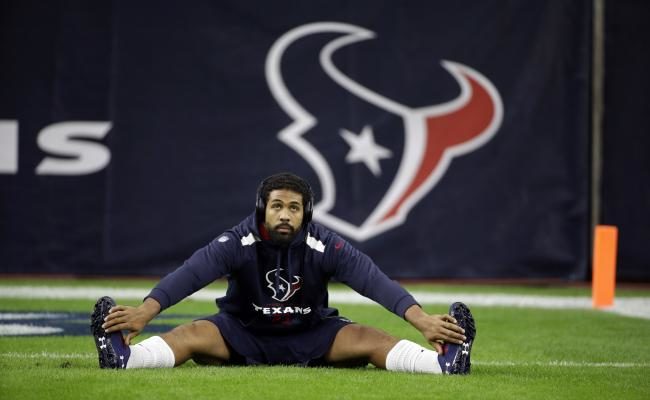 Arian Potts Foster is a retired American football running back. He played the majority of his career at the Houston Texans and also played for the Miami Dolphins at the latter stages of his career. Foster was unfortunate to have multiple injury setbacks which meant he had to unwillingly retire in 2016 but he still has managed to achieve a lot during his playing time. He finished playing for the Texans with 6472 yards and 54 rushing touchdowns which are both franchise records. As of 2016, Arian Foster net worth is estimated to be $20 million.

Foster was born on August 24, 1986, in Albuquerque, New Mexico. Foster’s father was also a football player but never made it to the top division, which was the NFL. He made up his decision to be a football player at a young age and played football during his high school days at Valley High School and later to Mission Bay Senior High School. Foster decided to join the University of Tennessee where he started to get regular game time during his junior season. His performances were very good and he was already eligible for the NFL draft.

But, he decided to play in his senior season too and because of problems off the field, he had a miserable season. This bad season which coincided with an arrest meant that he would go on to be un-drafted in the 2009 NFL. He was a free agent and was eventually signed by the Houston Texans on May 1, 2009. In his debut season, he was the NFL rushing yards leader and scored a 74-yard record-breaking touchdown. His performances meant that he eventually won the rushing title and was called to play in the 2011 Pro Bowl.

With consistent performances, Foster reached a deal with Texans for a price of $43.5 million for 5 years of service. During the 2013 season, he also became the third-fastest player to reach 5000 yards from scrimmage. That same year, h also made it to No. 8 on NFL Top 100 Players.  Even though he had season disrupted by numerous injuries in 2014, he was voted to play in the 2015 Pro Bowl.

Arian Foster Net Worth in years

A sad day came in his career when he ruptured his Achilles tendon on October 25, 2015. This meant that he was eventually released by the Texans that year and signed with the Miami Dolphins in a deal worth $1.5 million. Even though he had said that this was a fresh new start to his career, further setbacks meant that he was forced to retire on March 3, 2016.Still, Foster has had quite a career even though it was short lived. He won 4 Pro Bowls, and awards for First Team All-Pro and Second Team All-Pro in 2010 and 2011 respectively. He has also been named NFL rushing touchdowns leader in 2010 and 2012.

Outside the pitch, Foster has varied interests with one of the main being Acting. He was once a narrator for the documentart ‘Unity’ and has appeared in the film ‘Draft Day’. He has also appeared in an episode of Hawaii Five-0 playing himself. These activities have helped him to be named the ‘Most Interesting man in the NFL’ by Sporting News. During his plating days with Texans, he had a salary of $6 million annually and also made about $1 million from various sponsorship deals and commercials. As of 2016, Foster has an estimated net worth of $20 million.