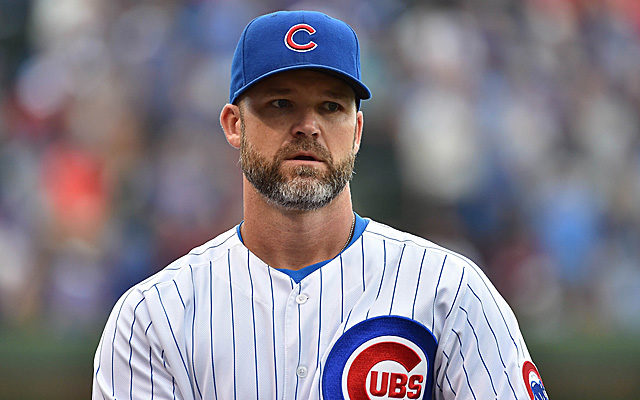 David Ross net worth: David Wade Ross is an American former professional baseball catcher in Major League Baseball (MLB). Ross won the World Series with the Boston Red Sox in 2013 and the Chicago Cubs in 2016. As of 2017, Ross has an estimated net worth of $11 million.

Ross was born on March 19, 1977, in Bainbridge, Georgia. His father David Ross Sr. played in a men’s softball league and his mother Jackie, played basketball. He attended Florida High School, in Tallahassee, Florida, where he played high school baseball for the Florida High School Demons. After receiving a scholarship for his athletic abilities, he attended Auburn University in Alabama where he played college baseball for the Auburn Tigers baseball team from 1996 to 1997.

After he transferred to the University of Florida, he played for the Florida Gators. After these years where he developed his attributes immensely, Ross went on to be eligible for the draft where he was selected by the Los Angeles Dodgers in 1998. After some years of getting his level up, he finally made his debut on June 29, 2002. In those initial years, Ross started to develop into a professional of the highest standards.

In 2005, he was sold by the Dodgers to the Pittsburgh Pirates. His stay here was short lived and after a short service for them of only 40 games, he was on the move again being traded to the San Diego Padres on July 28, 2005, for infielder J. J. Furmaniak. His stay here was even shorter and he got traded to the Cincinnati Reds during spring training for the 2006 season. On January 15, 2006, Ross signed a two-year, $4.54m deal with the Reds

David Ross net worth in years

The Atlanta Braves signed Ross to a two-year, $3 million deal on December 5, 2008. As the years passed on, Ross had now become a veteran and contributed immensely to the team and its younger members. In 2012, he signed another mega deal of $6.2 million with the Red Sox that marked his quality. The next year turned out to be his greatest winning the World Series with the Red Sox.

In 2014, he decided to join Chicago Cubs who would be his last team for a term of two years worth in excess of $5 million. He eventually won his second championship in 2016 and decided to retire that year on a high. He is currently also involved as a special assistant to baseball operations for the 2017 season. He is married to Hyla Ross and together they have three children. He recently also got involved as a participant in season 24 of Dancing with the Stars.