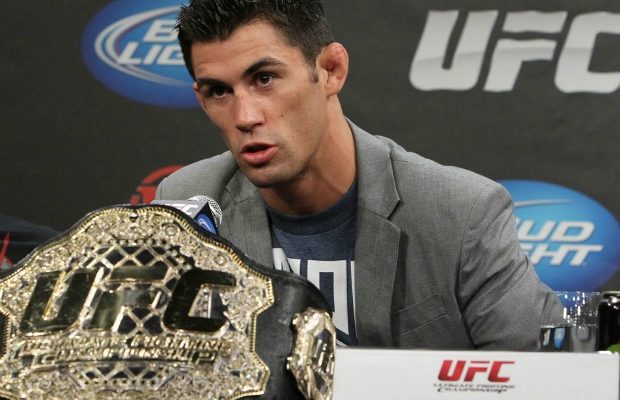 Dominick Cruz Net Worth: Dominick Rojelio Cruz  is an American mixed martial artist, who is currently signed with the Ultimate Fighting Championship (UFC). He is a deadly pound for pound fighter who is a two time UFC Bantamweight Champion. As of 2016, Cruz has an estimated net worth of $1.5 million.

Cruz was born on March 9, 1985 in Tucson, Arizona. During his early high school days, Cruz started to seriously train to pursue his goal of becoming a professional fighter. He trained vigorously in his hometown where he was very consistent to improve constantly on his skills and attributes. He went on to start his professional mixed martial arts in 2005 competing in popular organizations of that time like Rage in the Cage and Total Combat.

All those years of training were starting to pay off as he left those organizations undefeated and prior to joining World Extreme Cagefighting (WEC) as his next venture, he boasted an impressive record of 9 wins out of the 9 fights he fought. Shockingly, in his first fight at WEC, he lost to Urijah Faber in the featherweight division. This was a big wake up call for Cruz who had never faced such type of result in his professional career before. In 2008, he moved to the bantamweight division marking his first fight in this division against Charlie Valencia.

A flurry of high profile fights followed for Cruz which he managed to win and the fans got reassured that Cruz was a big deal defeating the lights of Ivan Lopez, Ian McCall, and Joseph Benavidez. Cruz became the no. 1 contender for UFC Bantamweight Champion belt where he faced off against Scott Jorgensen. After he defeated Jorgensen, he went on to keep up his title as the WEC Bantamweight Championship and also being the first winner of the UFC Bantamweight belt.