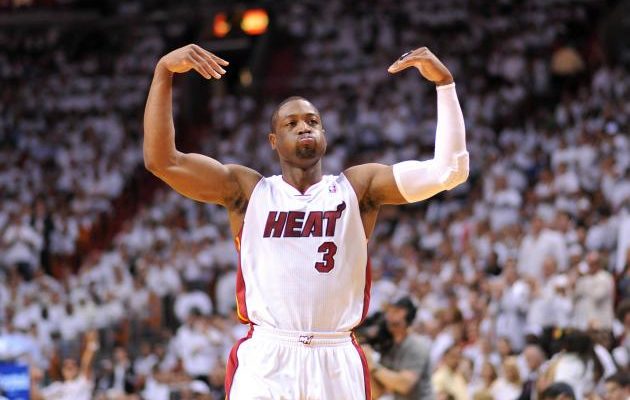 Dwyane Wade Net Worth: Born on January 17, 1982, Dwyane Tyrone Wade Jr. is an American professional basketball player currently playing for the Chicago Bulls of the National Basketball Association (NBA). He has a rags to riches story and today is one of the most popular players in the league. According to reports, Dwyane Wade net worth is close to $159 million.

The 6 feet 4 inch shooting guard was born in Chicago, Illinois to JoLinda and Dwyane Wade Sr. His parents separated when he was just 4 months old and grew up in a gang environment to a drug-addict mother. He admires his older sister, Tragil who steered him in the right direction when times were tough. This helped Wade to shift his focus on sports like basketball and football to stay away from drugs and criminal activities.

Wade attended Harold L. Richards High School in Oak Lawn where he gave notable contributions in his senior year. He was recruited by Marquette University in Milwaukee, Wisconsin but couldn’t play in his freshman year as he had too low grades. Wade then improved  next year and started getting publicity with his performances with the basketball team.

Dwyane was selected in the 2003 NBA draft by the Miami Heat and started to give eye catching performances. In 2004, he made the NBA All-Rookie First Team.He made his breakthrough in his third year steering them to their first ever championship in their franchise history. By the 2005-06 season Wade had established himself as one of the top players in the league. That year he also captured the NBA Finals MVP award.

When the trio of LeBron James, Chris Bosh and Wade himself formed in 2010, Miami looked a better team. This was seen when they won the championship back to back in 2012 and 2013.In 2016, Wade felt that he was given priority by the president of the Heat and signed with Chicago Bulls on a contract worth $47.5 million.

Wade also helped team USA win gold at the 2008 Olympics. The Miami Heat power shooter who is currently married to Gabriell Union has 3 children. Dwyane has made the majority of his money from league salaries and huge endorsement deals, the most notable one being a deal with Chinese sneaker brand Li Ning  worth $4 million a year. He founded The Wade’s World Foundation in 2003 and has also made notable donations to help the victims of the 2010 Haiti earthquake.

The 2006 Sports Illustrated Sportsman of the Year is expected to make $14.6 million from total endorsement deals in 2016. Wade has many philanthropic activities to his name which he has promised to continue more in number as he reaches the twilight stages of his career. The company which he has endorsed, Li Ning  made profits of over $1 billion this year alone which shows that his bonuses may rack up in the coming year as well as the sneaker brand looks to be on top in the Chinese market right now. But, as of now the three-time NBA champion, Dwyane Wade net worth is estimated to be $159 million after deducting taxes, investments and other expenses.