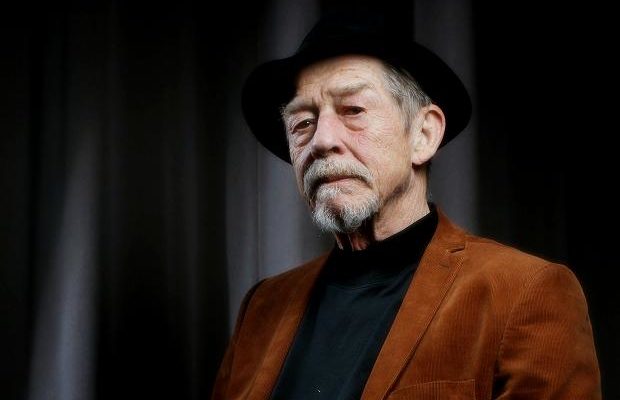 John Hurt Net Worth: John Hurt was an English Actor and Voice actor who spend most of his life in acting playing in movies like A Man for All Seasons, The Naked Civil Servant, The Elephant Man, Harry Potter and many others. As of 2017, John Hurt net worth is estimated to be $20 million.

John was born on January 22, 1940 in Chesterfield, Derbyshire to Phyllis and Arnould Herbert Hurt. His passion for acting developed when he was a kid and was sent to St. Michael’s Preparatory School in Oxford. As a child, his first role was that of a girl in a school production of “The Bluebird” by Maurice Maeterlinck. At the age of 17, he enrolled in Grimby Art School and won scholarship allowing him to study for an Art Teacher’s Diploma at Saint Martin’s School of Art in London.

John acting career started in 1962 in movie “The Wind and the Willing” but he landed his first major role as Richard Rich in “A Man for All Seasons”. Since then he has spanned almost 6 decades of his life playing for several movies like The Sailor from Gibraltar, Sinful Davey, Before Winter Comes, 10 Rillington Place, The Pied Piper, The Ghoul, East of Elephant Rock, The Disappearance, Alien, Heaven’s Gate, The Hit , Nineteen Eighty- Four, After Darkness, Spaceballs, Rob Roy, Indiana Jones and the Kingdom of the Crystal Skull, Tinker Tailor Soldier Spy and many others. Recently, he was seen starring in the Oscar nominated biopic of President John F. Kennedy’s widow, “Jackie”

John Hurt Net Worth over the Years

However he is best known for playing as the role of Max in “Midnight Express” and as John Merrick in “The Elephant Man” for which he received two Academy Award nominations, Golden Globe Award and 4 BAFTA Awards. He was also given Lifetime Achievement recognition for his outstanding contribution to British cinema. Among the major honors, he was also knighted in 2015 for his services to drama.

Regarding his personal life, he was married four times. In 1962, he married actress Annette Robertson and after two years it ended. In 1984, he married his old friend, Donna Peacock but they divorced in January 1990. His third marriage came in January 24, 1990 with Joan Dalton. They had two sons named Alexander John Vincent and Nicholas Hurt but their marriage ended in 1996 after 7 years of relationship. His fourth and last marriage came in March 2005 with film producer Anwen Rees-Meyers.

On January 27, 2017, 6 days after his 77th birthday his death was announced. It was reported that the actor was diagnosed with pancreatic cancer in 2015 and that might be the cause of his death.