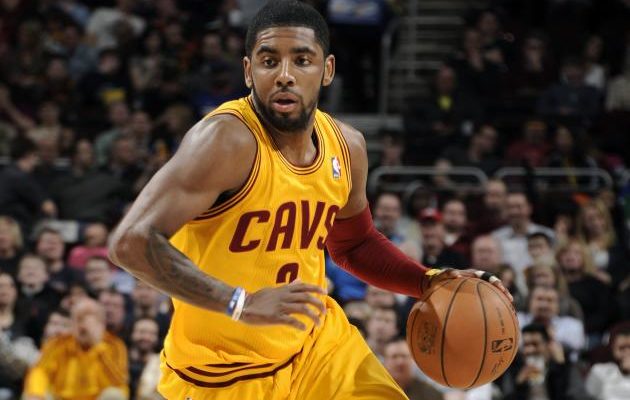 Kyrie Irving Net Worth: Kyrie Andrew Irving is an American professional basketball player who currently plays for the Cleveland Cavaliers of the National Basketball Association (NBA). He won the NBA championship in 2016 with them against Golden State Warriors coming back from 3-1. As of 2016, Irving has an estimated net worth of $12 million.

Irving was born on March 23, 1992, in Melbourne, Australia. This is the reason why Irving who was born to American parents has a dual citizenship. Their family moved to the United States when he was two and spent his childhood in New Jersey. During his high school years, he played for Montclair Kimberley Academy. He then studied at St. Patrick High School where he helped the team win the third New Jersey Tournament of Champions title.

He was quickly scouted as one of the rising talents of his time and went on to Duke to play college basketball in 2009. He was a pivotal part for the team even though midway through it, he had some injuries keeping him out of the court. The next year, he was selected for the United States Under 18 team which went on to win gold at the FIBA Americas Under-18 Championship. This brought, even more, attention for Irving and he decided to apply for the NBA draft the next year following him eligibility.

He was selected by the Cleveland Cavaliers and went on to sign with them along with another emerging teenage talent Tristan Thompson. He proved his worth to the Cavs with him being a great resource for the team which showed following winning the 2012 NBA Rookie of the Year Award. Undoubtedly, he was also selected to the NBA All-Rookie Team of the year and made headlines as one of the best-emerging players in the NBA.

Kyrie irving Net Worth in years:

The Cavs realized that Irving was a special player and took action by offering him a mega $90 million deal for 5 years with added bonuses. This was done on purpose as in the same time the Cavs also signed LeBron James and Kevin Love and their partnership has been called as the ‘Big Three’. Their importance was clearly seen on the court as without them the Cavs have struggled badly at times. But, 2016 was the best year in his career as he was able to win the NBA championship with them. They went on to win the series 4-3 from 3-1 against the Golden State Warriors in an amazing turn of events. He also won gold with the United States in the 2016 Olympics held in Rio.