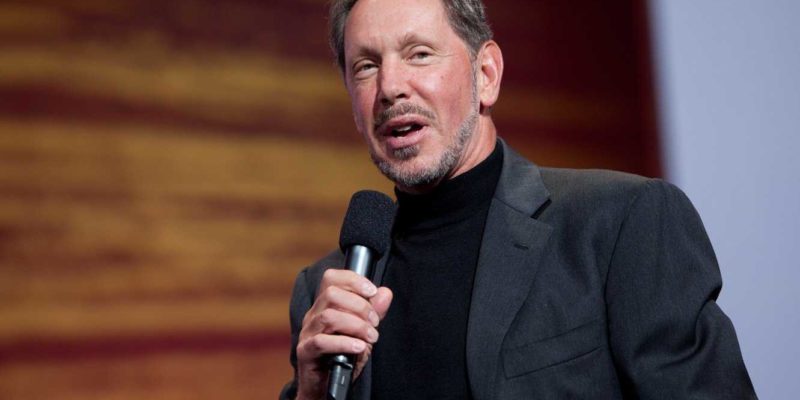 Larry Ellison net worth: Lawrence Joseph Ellison, who is better known as Larry Ellison is an American businessman, entrepreneur, and philanthropist. He made his wealth by co-founding Oracle and is currently the third richest person in America. As of 2016, Ellison has an estimated net worth is $48.5 billion.

Larry Ellison was born on August 17, 1944, in New York City. Ellison was adopted bis uncle and aunt due to different health problems when he was only 9 months old. He was hence raised in an environment where he didn’t get much love from his uncle who was like his father. He has said that his childhood wasn’t the best. He went on to study at the University of Illinois where he had to leave in his second year as his mother had died. He then shortly attended the University of Chicago and later moved to Norther California.

He then decided to start working and for a short time worked for Ampex Corporation. As he continued to work there, he began to develop several ideas through his work. Then, in 1977 he decided to take action and go on towards making his idea a success. He founded the company called Software Development Laboratories (SDL). In its initial years as a database company, it was still in its early development and foundation phases. One of its first releases was called Oracle 2 in 1979 and the company was eventually named as Oracle Systems Corporation.

In the next decade, Oracle had many ups and downs and at a stage even had to downgrade its staff because the company was going in loss. There was fierce competition with IBM at that time as well. Later a company called Sybase started to gain attention and in those years Oracle wasn’t able to keep pace with them. Still, Oracle managed to operate on a very high scale and had its own market through which the product turned out to be very profitable in the long run even though it had several other competitors doing well as well.

Larry Ellison net worth in years:

Because of his consistent work, he was even named Recipient in the High Technology Category for the EY Entrepreneur of the Year Program. In 1997, he became a director for Apple Computers but resigned in 2002 following finding it difficult to manage the right time for his numerous projects. Still, Oracle has been the most profitable for him and has had stages where it completely dominated the market during which Ellison managed to make a lot of money.

Ellison, who has been married as well as divorced for four times, is also a big giver. He has done many philanthropic activities including once donating $100 million in good causes through his company Oracle. In 2006, he also donated $115 million to Harvard University and $5 million to develop the Lawrence J. Ellison Musculo-Skeletal Research Center. He went on to donate $10 million to the Friends of the Israel Defense Forces to promote peace and has also signed The Giving Pledge founded by Bill Gates and Warren Buffett.