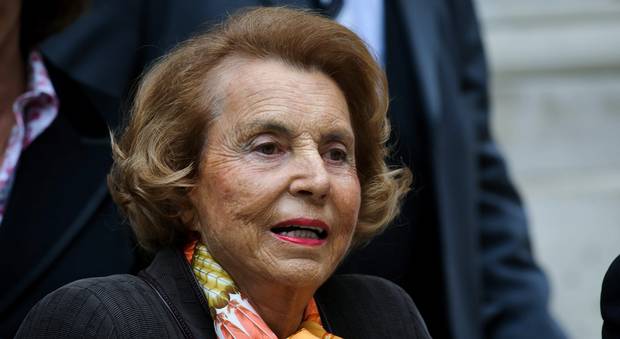 Liliane Bettencourt net worth: Liliane Henriette Charlotte Bettencourt is a French heiress and businesswoman. She has made the majority of her wealth by being one of the biggest shareholders for top beauty brand L’Oreal. She is the richest woman in the world and as of 2016, Bettencourt has an estimated net worth of $36.1 billion.

Bettencourt was born on 21 October 1922, in Paris. She was born to Louise Madeleine Berthe and Eugène Schueller. The latter personality was the owner of L’Oréal. This brand has been dominating the cosmetic world for decade after decade as it is considered to be the best of them all when it comes to beauty. She can be said to be very lucky as it has helped her to acquire a large amount of wealth in her life to live with full luxury.

She joined this family business when she was only 15 years old as an apprentice. At that time the company was operating at a lower scale and she would do the manual work like labeling the products. Later, when she was only 28 years old, she married the cabinet minister of that time in France named André Bettencourt. Together they also had a daughter named Françoise in 1953 and since it was a family business her husband became the deputy chairman of the company in the latter years.

Sadly, her father died in 1957 and since she was the only child, she would become the company’s principal shareholder. As the company was experiencing a phase where it was growing at a rapid pace, it decided to go public in 1963. This largely boosted the amount of cash flow in the company and largely increased value towards the company and to Bettencourt as well. In the 1970’s the political situation of France wasn’t very good and to protect her company from getting nationalized, she decided to make several changes to its system and a number of shares as well.

Liliane Bettencourt net worth in years

Bettencourt doesn’t come out to the media very attention and keeps her personal life as private as possible. In the 1980’s she had already established herself s one of the richest women in France. She was a role model to most of the girls in France and she continued her work towards the society as well by establishing the  Bettencourt Schueller Foundation which mainly focused on humanitarian projects at that stage in France. The foundation involves projects being run on budgets exceeding millions for good causes.

Under the foundation, there is also a program through which winners receive €250,000 to support their work in the field of life science. The foundation has also helped to new Monet wing at the Musée Marmottan Monet. Bettencourt has aged a lot over the years due to which the members of her family have taken guardianship over her and her stake at L’Oreal. She owns around 30.5% of the shares for the company upon which 12.5% has been named towards her daughter for the protection of the stakes.