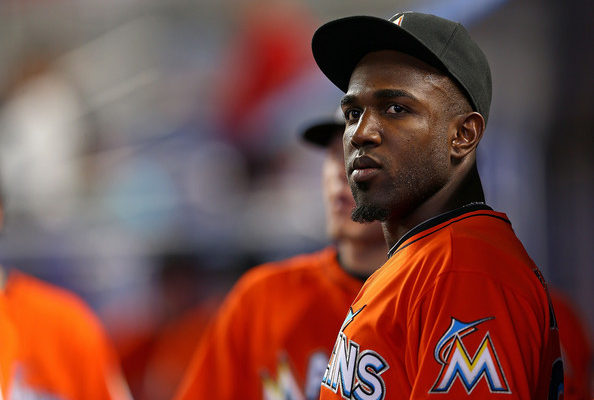 Marcell Ozuna net worth: Marcell Ozuna Idelfonso is a Dominican professional baseball center fielder for the Miami Marlins of Major League Baseball (MLB). As of 2017, Ozuna has an estimated net worth of $1.2 million.

Ozuna was born on November 12, 1990, in Santo Domingo, Dominican Republic. He is the cousin of former MLB player Pablo Ozuna. His name was first heard of in 2008 when he was was signed by the Florida Marlins as a non-drafted free agent. That year was an impressive year for him where he managed to play 63 games and his consistency is the reason why he kept on developing at the time.

The coming years, Ozuna would be a regular for the team but had occasional periods in the season where he was out because of some serious injuries. Ozuna spent 2011 with Greensboro, where in 131 games, he hit .266 with 23 HR, 71 RBI and 17 SB. In the next 2012 season, Ozuna was promoted to A-Advanced Jupiter. In the Florida State League that year, he was leading the whole pack having the most home runs. He went on to be added in that years’ Marlins’ 40-man roster. He was on the rise and went on to be named as 75th best prospect in baseball prior to the 2013 season by Baseball America.

Marcell Ozuna net worth in years

The next year, Ozuna was promoted to the major league signing with Miami Marlins in 2013. This was a dream come true for Ozuna and he made his major league debut on April 30 of that year. But his first year was disturbed by a ligament tear that he suffered that year and would even have to go for surgery. He came back the next year playing an impressive 153 games. He had established himself now atleast in the team.

In 2015, Ozuna got sent to to AAA after going hitless in 9 of 10 games. This was when the media started to question his abilities but he came back strong the very next year. Ozuna has shown that he is an A1 player and because of that he enjoys a base salary of $545,000 yearly. At the age of 26, Ozuna seems to be at the top of his game at the moment with him hitting the best home run of the season so far in 2017.