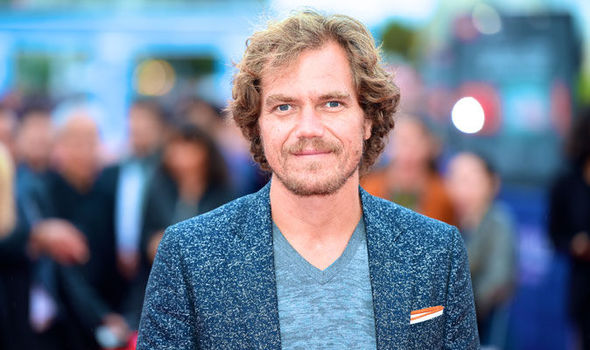 Michael Shannon Net Worth: Michael Shannon is an American actor and musician best known for his role as Nelson Van Alden/George Muller in HBO drama series Broadwalk Empire and also as General Zod in Man of Steel. As of 2017, Michael Shannon net worth is estimated to be $6.5 million.

Shannon was born on August 7, 1974 in Lexington, Kentucky, United States to Donald Sutherlin Shannon who was an accounting professor at DePaul University and Geraldine Hine who is a lawyer. His parents were divorced and he was raised partly in both Lexington, Kentucky and Chicago, Illinois. He went to New Trier High School in Illinois.

Michael made his film debut with a small role in Groundhog Day in 1993 as a wedding groom. Later he had a minor role in movies like Chain Reaction, Chicago Cab, Jesus’ Son, The Ride and The Photographer. His major role came in movie “Grand Theft Parsons” as the hippie, Larry Oster-Berg in 2003. After that, he went to play several movies like Water, Criminal, Dead Birds, Zamboni Man, The Woodsman, Bug, World Trade Center, Let’s Go to Prison, Shotgun Stories, Blackbird and many others.

Shannon then played as John Givings, Jr. in movie Revolutionary Road, also starring Kate Winslet and Leonardo DiCaprio. His role earned him an Academy Award nomination for Best Supporting Actor. He also appeared in 2011 movie “Take Shelter” and received positive reviews for his performance as well as Saturn Award for Best Actor. In 2010, he played the role of Federal Prohibition agent Nelson Van Alden in HBO drama series Broadwalk Empire.

In 2013, he starred as legendary mob hitman Richard Kuklinski in “The Iceman” and the same year he portrayed General Zod in Zack Snyder’s film “Man of Steel”.  In 2015, he starred in biographical drama film “Freeheld” as well as independent drama movie “99 Holmes”. The latter earned him positive response from critics and nominations for Golden Globe Award for Best Supporting Actor and Screen Actors Guild Award for Outstanding Performance by a Male Actor in Supporting Role.

Regarding his musical career, he formed the indie rock band “Corporal” in 2002 along with Ray Rizzo and Rob Beitzel. The band released their self-titled album in 2010. The first track “Glory” was released in 2011 and the second song titled “Obama” was released in June 2012 as the new way of endorsing President Obama’s run for reelection.

Michael is married to actress Kate Arington. Together, they have two daughters named Sylvie and Marion. Currently, they live in the neighborhood of Red Hook located in the New York City