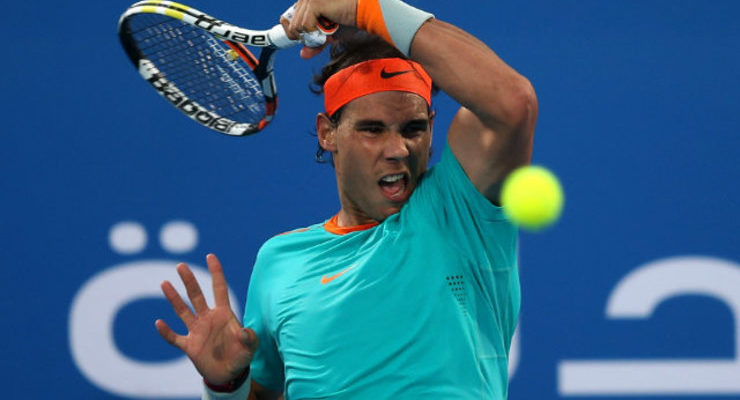 Rafael Nadal Net Worth: Rafael Nadal Parera is a Spanish professional tennis player. He is undoubtedly one of the best tennis players active right now with many citing him as “The King of Clay”. As of 2016, Nadal has an estimated net worth of $100 million.

Nadal was born on born 3 June 1986, in Manacor, Balearic Islands, Spain. From a young age, Nadal started to play tennis under the influence of his uncle. Some of the things of what was to come were seen as when he was eight he won an under-12 regional tennis championship. By the time he was 12, he had already won numerous European tennis titles and was set to become a professional by that time.

He started his professional career when he was 15 and had participated in two ITF junior circuits in those early days. When he was 17, he beat Roger Federer who had already made a name for himself even though he himself was also young at that time. He became the youngest to reach the third round at Wimbledon and won his first French Open title when he was 19 years old. He was breaking record after record because of his success that he managed to receive at such a young age.

He finished 2004 with a rank of 51 which was a pretty big deal as he was still a teenager. He went on to have a winning streak of 24 games where he won the Torneo Conde de Godó in Barcelona. The next year, was a big improvement with him reaching number two just after a year in 2005. He then went on to win the ATP Most Improved Player of the Year award. He went on to win two back to back grand slam titles with the French Open and Wimbledon Open.

Rafael Nadal Net Worth in years:

In 2008, Nadal won his first gold medal and went on to establish himself in the number one rank. He is also the first man to win majors on clay, grass, and hard court in the same year. After winning his sixth French Open in 2011, he was awarded the Laureus World Sportsman of the Year. He followed it up with continuous french titles the coming years until 2014. The following year, Nadal started to struggle with some injuries which meant he had to withdraw from some major tournaments.

Nadal, who is an avid follower of Real Madrid has a wide following due to which he has numerous multi-million dollar endorsement deals. He is the brand ambassador for Armani underwear and has a $10 million per year deal with Nike that he signed for 10 years in 2008. He has earned more than $72 million from tournaments. In 2016, we saw glimpses of what Nadal is all about with another Olympic Gold medal and his 28th Masters Title. Nadal is going to retire as one of the greatest Spaniards to ever grace a tennis court with 14 Grand Slam singles titles, 28 titles in ATP World Tour Masters 1000, and ATP World Tour 500 tournaments.