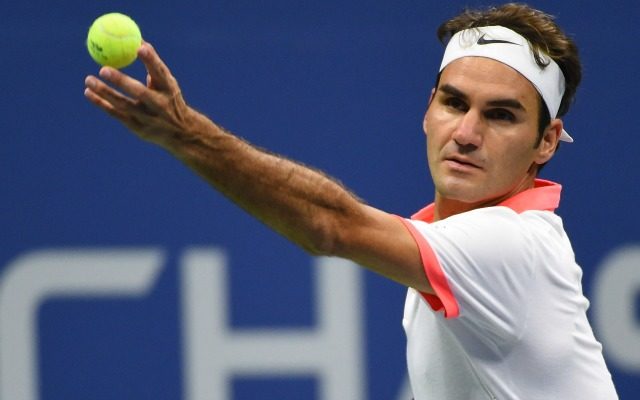 Roger Federer Net Worth: Roger Federer is a Swiss professional tennis player who has won 17 Grand Slam singles titles in his career and has been named as the Laureus World Sportsman of the Year for a record four consecutive years. As of 2016, Federer has an estimated net worth of $400 million.

Federer was born on 8 August 1981, in Basel, Switzerland. He has a dual Swiss and South African citizenship. Federer was devoted to tennis from a young age with intense training from a young age. Whilst a junior player, Federer won the boys’ single title at Wimbledon in 1998 as well as winning won four ITF junior singles. By the time he was only 18, he was already within the top 100 rankings of players. Some of his early success includes his win of the 2001 Hopman Cup.

The next year, he went on to win his first Master Series event at the Hamburg Masters. This was followed up by winning his first Grand Slam singles title at Wimbledon the next year. He was already a star player at that time and in 2004 went on to win three more Grand Slam titles. That was a big year for him as he managed to be ranked world number one as well as winning his first US Open title. His rivalry with another emerging star bNadal started to bloom at this time as well.

2006 was a magnificent season for Federer where he was almost invincible managing to win a record 12 singles titles which included wins at the Australian Open as well. Even though Federer struggled with injury in the 2008 season, he still managed to win one Grand Slam singles title at the US Open. At the 2008 Summer Olympics, he won gold medals in doubles with colleague Stan Wawrinka. By the end of 2009, Federer had added to two more Grand Slam titles to his list and broke the record for the most number of Grand Slam singles title won with his fifteenth one coming that year.

Roger Federer Net Worth in years:

He won his fourth Australian Open in 2010 which was followed by his sixth world tour finals title in 2011. His performances were below par by his standards finishing with a ranking of no. 3. The next year, he suffered from many injuries with early injuries in his career proving to be of recurring types. Most of his season was disturbed through this problem and he came back the next season stronger with another Davis Cup win.

In 2015, Federer marked his name into the history books with his 1000th win in his career. In 2016, Federer has again had back problems which have meant that he has had to boycott many tournaments. His ranking has also slumped to no. 17 which is one of his worst slumps of his career. Federer, who has been voted the Stefan Edberg Sportsmanship Award a record 12 times, has a foundation called the Roger Federer Foundation that helped the disadvantaged children. He is married to Mirka Vavrinec and has raised a lot of money through his appearances in events like “Match for Africa” with Rafael Nadal.