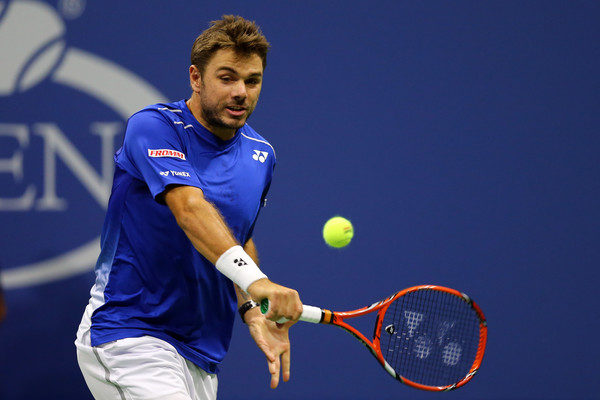 Stan Wawrinka Net Worth: Stanislas Wawrinka, who is better known as Stan Wawrinka is a Swiss professional tennis player. He has been described as “Tennis’s great latecomer” and has won three Grand Slam titles in his career. As of 2016, Wawrinka has an estimated net worth of $12.5 million.

Wawrinka was born on 28 March 1985, in Switzerland. He attended the Rudolf Steiner School during his childhood but later completed his education through distance education because he was focused on tennis from a young age. He participated in several competitions during his teenage years and when he was only 17 years old, he became a professional tennis player. The next year, he won the 2003 Junior French Open. In his age group, he was already a top dog and was starting to make an impact on the big stage as well.

He was already in the top 50 world rankings by 2005 and went on to win his first ATP title, at the Croatia Open Umag. This showed early signs that Wawrinka was one to watch out for in the future. Some tournaments later, he got a long term injury which kept him out for more than 3 months. But, he came back stronger than ever and went on entering the to 10 rankings and was one of the youngest players on that list. He also received a gold medal alongside his Swiss colleague Roger Federer in men’s double category.

After this win, he came back to his season and made many solid performances only to fall short of other top players like Nadal and Murray in the final stages of tournaments. In 2010, his season had started in the Chennai Open on a losing note. He was losing momentum at this time and saw a big dip in form which wasn’t very much seen in his career. Still, he wasn’t able to deliver special performances when he reached the final stages of tournaments and this happened many times during that season.

Stan Wawrinka Net Worth in years

Wawrinka was left frustrated after that season and went on to take action following his urge to improve his performances. One of the bold moves he made was to disconnect from his childhood coach and hired Peter Lundgren for the upcoming season. There were some changes to his game and Wawrinka was able to perform better when the match would go on to final sets as well. But in the upcoming tournaments, Wawrinka found himself being eliminated from the very first round of many competitions.

After a time to regroup upon his strategies and game plan, 2013 was a big year for his tennis career. Firstly, he won the doubles title at the Chennai Open with Benoît Paire. This was followed by the longest ATP doubles match in history which his team won. He then came up to third in the men’s ranking becoming the top-ranked Swiss player in the world ahead of Federer for the first time. He went on to win the Chennai Open for the third time and won the Australian Open. This was followed up by winning the French Open beating, Novak Djokovic.