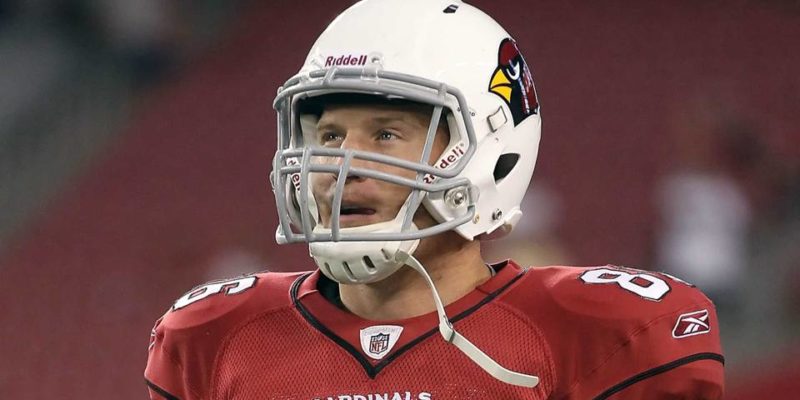 Todd Heap Net Worth: Todd Heap is an American retired professional football player who played 12 seasons in the National Football League. As of 2017, Todd Heap net worth is estimated to be $13 million.

Todd was born on March 16, 1980 in Mesa, Arizona. During his early career at Mountain View High School, he was Mountain 5A Player of the year. He then played college football at Arizona State University and broke the records for tight ends. His professional NFL career started in 2001 when he was drafted #31 by the Baltimore Ravens. He spent 9 years with the Baltimore Ravens starting total of 115 games.

On 2011, Heap signed two year contract with Arizona Cardinal. He appeared in 12 games totaling 32 receptions for 377 yards and one touchdown. Due to injury problems, he did not returned for the remaining 11 weeks and was eventually released by the cardinals on 2012. During his career, he was a two time pro-Bowl selection in 2002 and 2003. He was also named NFL Alumni Tight End of the year in 2006 and also became Baltimore’s all time leader in touchdown catches and finished second all time in both yards and receptions. Heap retired from professional football in 2013 and he was inducted into the team’s Ring of Honor by Baltimore Ravens in May of 2014.