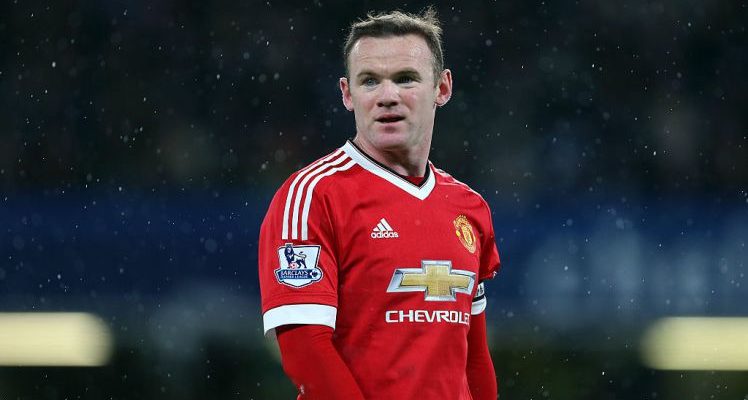 Wayne Rooney Net Worth : Wayne Mark Rooney  is an English professional soccer player who is currently playing for Manchester United. Rooney has one of the highest weekly salaries in the Premier League, cracking in the Top 10 Highest Paid Footballers List. A lethal striker, in his early days, Rooney plays more as an attacking midfielder nowadays. He is the second highest goal scorer at Manchester United and moving closer to the first spot every year. His versatility to play anywhere along with his creative play has made him one of the most coveted footballers in England. As of 2016, Wayne Rooney Net Worth is $145 million.

Rooney was born on 24 October 1985 in Croxteth, Liverpool. Even though he is of Irish descent, he plays for the 3 Lions. Rooney went to De La Salle School along with his two brothers. Like many youngsters during his childhood, he was an avid Everton fan and joined their youth system when he was a 9. He excelled in his early days among his teammates and made his professional debut for Everton in 2002 at a very young age of 16. This showed that his talent had a lot of potential at such a young age.

A lot of clubs wanted him, and when Rooney filed for a transfer request at the age of 18, he eventually signed for English giants Manchester United making him the most expensive teenager of his time with a transfer fee reported to be $36 million. He made his mark in his debut match by scoring a Hat-trick in a Champions League match which had much thought he would be a future star.

He has excelled at his expectations, playing a vital role in the team as a fierce striker. His most talked about relationships was with Rooney and Tevez with whom United looked Unstoppable winning three consecutive titles from 2007-2009. He has won the PFA Player of the Year award and has been named Premier League Player of the Month a record five times. He also holds the record for most goals for a single club in the Premier League.

Even though there have been controversies stating he had filed for transfer requests in 2010 and 2012, he is still with United. He also once had an argument with then coach Sir Alex Ferguson for his salaries. Rooney who is also the youngest goal scorer for England has taken the captain’s armband for England as well as Manchester United since 2015. He has won almost everything at club level including 5 Premier League titles, 1 FA cup, 2 Football League Cup and the Champions League once.

Wayne Rooney Net Worth and His Earnings in Stats

Rooney is married to Coleen Rooney and together with her , they have 3 sons together. He also loves to play boxing when he is free. He also supports Celtic and Rugby team Leeds Rhinos. With his wide popularity worldwide, Rooney has been the face of the UK version of FIFA several times and has also appeared in high-profile commercials for Nike. He has also had endorsement deals with Nokia, Ford, Asda and Coca-Cola.

After signing a contract extension in 2014, he is set to play his twilight years in a Manchester United jersey. He is on a bumper contract with United right now, reportedly earning $360,000 weekly. He also has a 12 book deal with Harper-Collins and there are also talks that a documentary about his life and football career may soon be available. By the end of his playing time in the Premier League, Rooney is set to become the highest scoring player of All time in the Premier League which is considered the most difficult and high-intensity league in the world. As of 2016, Wayne Rooney net worth is $145 million.