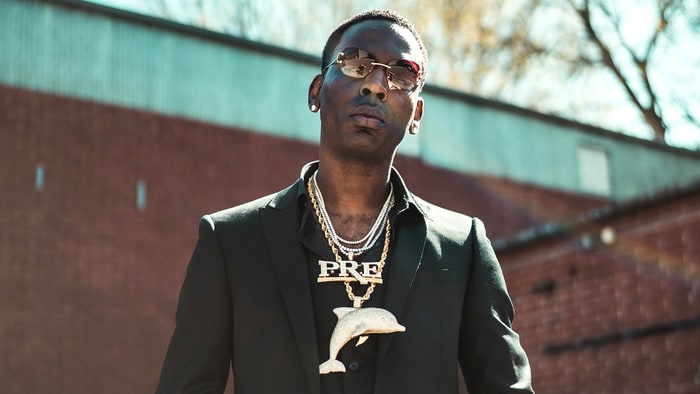 Young Dolph Net Worth: Adolph Thornton Jr. also known by his stage name as Young Dolph is an American rapper. As of 2017, Young Dolph net worth is estimated to be $1.5 million.

Dolph was born on August 11, 1985 in Chicago, Illinois. He moved to Tennessee along with his family when he was only 2 years old. He has two sisters and two brothers. He had a difficult time in his early life. In his hit track “Preach” where he rapped saying “Mama always in the street, so guess who raised me?” describes that his parents were smoking crack.

In 2008, Young Dolph was involved in a car accident that he nearly lost his life and that same year, his grandmother died from lung cancer. These horrific incidents motivated him to move along with his life and on February  2016, he released his debut album “King of Memphis” which peaked at number 49 on the Billboard Hot 200 chart. He was featured on O.T. Genasis hit single “Cut It” which peaked at number 35 on the Billboard Hot 100. In his career, so far he has worked with rappers and superstars like Gucci Mane, O.T. Genasis, 2 Chainz, Peewee Longway and many others.