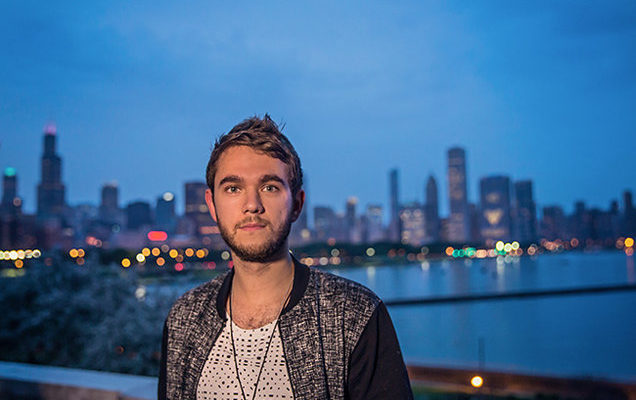 Zedd Net Worth: Anton Zaslavski , who is better known by his stage name as simply Zedd, is a Russian-born German record producer, DJ, and musician. He is best known for songs like “Clarity” for which he won the Grammy award for Best Dance Recording at the 56th Grammy Awards. As of 2016, Zedd has an estimated net worth of $35 million.

Zedd was born on 2 September 1989, Saratov, Russia. He grew up in a place called Kaiserslautern before his family decided to move to Germany when he was only 4 years old. He comes from a family having a musical background. His mother was a piano instructor whilst his father was a guitarist so subconsciously Zedd had already gotten into music because of the environment that he grew up on.

At the young age of four, he had already started to play the piano and went on to the drums by the time that he was 12. This brought him amazing skills that he could go on to pursue moving forward. His career started in 2002 when he started to play for the German deathcore band Dioramic, signed by Lifeforce Records. He was involved with the group for 8 years during which he turned professional and gathered a lot of experiences that would prove vital in his latter success.

Zedd Net Worth in years

In 2010, he adopted the moniker “Zedd” and two Beatport remix contests that year. He was best known for remixes at the time among which the remix of Skrillex’s “Scary Monsters and Nice Sprites” entered the Beatport Electro House chart. Two years later, Zedd would sign with Interscope Records and went on to release his debut single called “Spectrum” from the music label. He also got into record producing by this time getting involved with songs like “Beauty and a Beat” of Justin Bieber.

Zedd started to make a name for himself as a record producer and would go on to help several singers over the years in their singles and albums with full support. His release of the song “Clarity” maybe Zedd’s highlight of his career so far with the song being certified as platinum being a blockbuster song. He went on its world tour which was even documented in a film called Moment of Clarity. He has gone on to release songs like “Beautiful Now” and “Papercut” in recent that have built up to his new album. With over 4 million Instagram followers, Zedd has developed into one of the best in his electronic music genre with Forbes reporting him earning $24 million in 2016 alone.