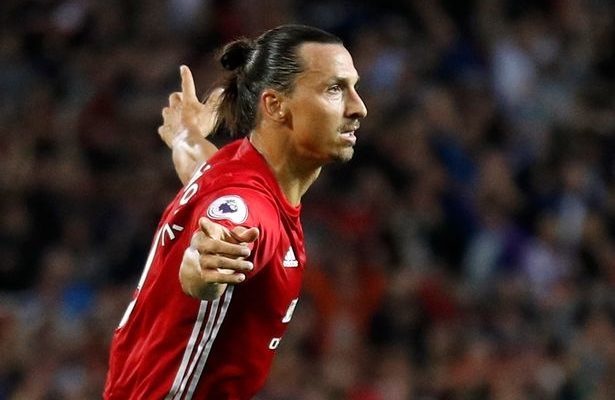 Zlatan Ibrahimović Net Worth : Zlatan Ibrahimović is one of the most coveted footballers of modern football. His arrogant personality and speech in the third person have made him a fan favorite. The big Swede currently plays for Manchester United, but throughout his career has represented the top European countries in the world. Ibrahimovic can boast himself as the most expensive footballer of all time, with his transfer from different clubs worth about €180 million in transfer fees. As of 2016, Zlatan Ibrahimovic net worth is reported to be $160 million.

Zlatan was born on 3 October 1981 in Sweden. He was born to a poor family and had to work from a very young age. He did start playing football from a young age of six for local clubs Malmo Bl. He says that the Brazilian Ronaldo was his main idol growing up. He started appearing in the youth matches for Malmo FF when he was 14. Even though he was a regular, it was hard to make ends meet for his family, and Zlatan was close to leaving football to work on the ships. Eventually, after some counseling by his coaches, he decided to keep on playing.

His big move came when he moved to dutch side Ajax. His debut season was a tough one and it was hard for him to adapt there but in the coming seasons showed his class winning many matches single handed for the club. In a friendly match, Zlatan intentionally fouled his Ajax teammate Rafael van der Vaart which caused a major public burst and many were not happy with what he did. He was eventually put to sale by Ajax for his actions and moved to Juventus. There his performances were praised and was a successful period in his time. He then had a stint at Inter Milan, where he won three straight Scudetto. He also managed to come in the UEFA Team of the Year in 2009.

His next destination would be Barcelona, where there were high expectations with him teaming up with Henry and Messi. Even though he was firing in the goals, there was unrest between him and then manager Pep Guardiola. The spat became unbearable and Zlatan decided to move the next season. Later in an interview, Zlatan called out Guardiola saying that “Pep is not a man”.

He went to AC Milan, where he won another Scudetto and by then was one of the highest paid footballers in the world. His next destination Paris Saint-Germain provided him an even better contract and won four consecutive titles during his 4-year stay there. He also managed to be the highest scorer in 3 of the 4 campaigns and ended up finishing as the club’s highest scoring player.

Zlatan Ibrahimovic Net Worth and Earnings in Stats

Zlatan was listed as the second greatest Swedish sportsperson in history. He has by far been the main attraction of Swedish Footballer, winning the Swedish Footballer of the Year award 10 times. He has also won the 2013 FIFA Puskas Award for his goal against England. He retired from his international career finishing with 62 goals for Sweden. Zlatan, who has a taekwondo black belt in his name, is married to Helena Seger with whom he has two sons together.

With a massive following on social media, Zlatan is one of the most marketable athletes around. In June this year he coincided his move to Manchester United with the release of his sports brand ‘A-Z Sportswear’. He has made several promotions for this brand which has a unique full form called Armature to Zlatan. He also has a fragrance named ‘Zlatan’ and also is in partnership to promote ‘Vitamin Well’. He also has a huge deal with Nike and is the brand ambassador of Volvo Cars, which is an automobile heavyweight in Sweden. As of 2016, Zlatan Ibrahimovic net worth is said to be $160 million.