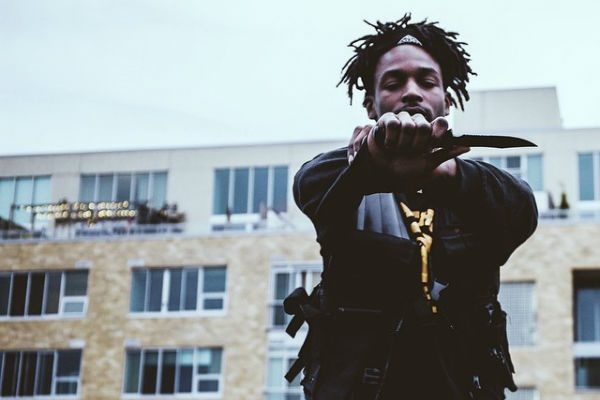 Jazz Cartier Net Worth: Jaye Adams, who is best known by his stage name as Jazz Cartier is a Canadian hip hop recording artist from Toronto. Cartier has had success in recent months and has burst out into the rap scene. Mixtapes like Marauding in Paradise and Hotel Paranoia are some reasons why he has been moving the wheels to rap fame. As of 2016, Cartier has an estimated net worth of $700,000.

Cartier was born on March 19, 1993, Toronto, Ontario. His stepfather worked as a diplomat which meant that he grew up on different countries. Looking back, Cartier showed gratitude for having that kind of childhood as it helped in diversifying his music later on when his career started. Cartier even though moving frequently, got most of his high school education through Avon Old Farms.

He hsa been considered by many among his followers to be the next Toronto artist to blow after Drake. Fresh out of high school, he initially joined Columbia College in Chicago but later moved back to Toronto as the environment didn’t match his expectations. He then worked aggresively towards his music. One of his early works that he put dedication to was Marauding in Paradise that included singles like “Set Fire” and “Switch”.

Jazz Cartier Net Worth in years

By far his most popular so far in his career has been “Dead Or Alive” that received over 7 million listens on Spotify. The rapper has had tremendous growth in recent years since he first came out in front of the fans. Whilst he played only 29 shows in 2015, by 2016 he was already doubling that including many headlining performances on Tour.

His different musical approaches led to his song “100 Roses” even being considered as a soundtrack in Suicide Squad but was unfortunately discarded. He has won the Juno Award for Rap Recording of the Year at the Juno Awards of 2017 for Hotel Paranoia. Among his income streams except singles sales and tour gigs, he is also high on merchandise. Some of his trademark tees include versions of “Dead Or Alive”. He also has endorsement deals and has campaigned for Nordstorm as well as Roots Canada Clothing Line.