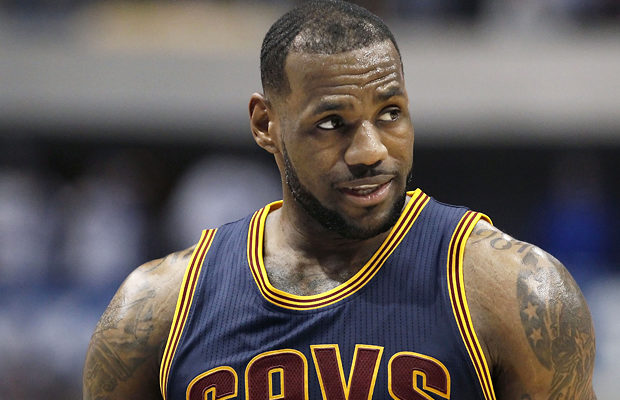 LeBron James Net Worth: Born on December 30, 1984 LeBron Raymone James is an American professional basketball player currently playing for the Cleveland Cavaliers of the National Basketball Association (NBA). The so-called “face of NBA” of the current era, James has accumulated a considerable amount of wealth during his illustrious career. As of 2016, LeBron James net worth is said to be $311 million.

James was born in Akron, Ohio to a 16 year old mother, Gloria Marie James, who raised him on her own until 9 years old. Later taking into consideration that she would not be able to take care of him, he was taken by another family. There, he was introduced to basketball.

James played high school basketball at St. Vincent–St. Mary High School in his hometown where he was already making headlines across the town being labeled as the best high school player in history. He won several awards during his high school stay and in 2003, He was the first overall pick in the 2003 NBA draft by the Cleveland Cavaliers.

Standing 6 feet 8 inches, James mostly plays as a small forward or power forward. His career with the Cavaliers lasted from 2003-2010 where he won the Most Valuable Player award in 2009 and 2010. The next year he decided to join the Miami Heat with superstars Chris Bosh and Dwayne Wade which sparked a big controversy in the NBA-world. At that time he was criticized by many as one of the most hated athletes in America. His tenure with the Heats was successful though as he won back-to-back championships in 2012 and 2013 winning the Most Valuable Player in those two years too.

He rejoined the Cavaliers in 2014 which was taken positively by the media where he won another championship in 2016. James has also been instrumental with the USA National team becoming the all-time leading scorer in U.S. men’s basketball history. There were many controversies though which did hamper his performances due to feuds with staff members and coaches.

In 2014 he was named as the third highest paid athlete with nearly $150 million in NBA salary and an estimated $300 million in several endorsements over his career. He has been featured in documentaries, television customers and magazines along with many huge endorsement deals.

LeBron James has been the one to look out fro ever since he started playing as a kid and still has the reputation as perhaps one of the greatest in the world of basketball. His endorsement deals have kept on bringing him more and more with recent appearances in the cover of vogue. He is endorsed by Nike with the enormous $90 million deal. This fortune will skyrocket his net worth in the future which may make him the highest paid athlete estimates say.

With several private investments, it is quite difficult to know the exact figure that King James is making right now. But, after taking into consideration the federal tax(39.6%) and other assets which we can calculate, we can say that the Best Small forward in history, LeBron James is worth $311 million.