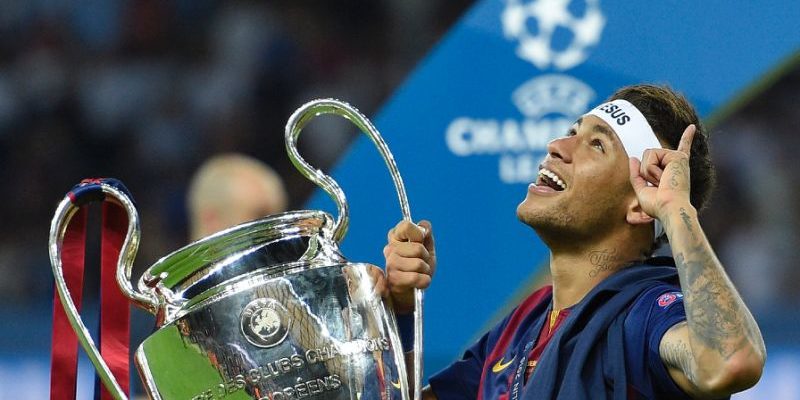 Neymar Net Worth : Neymar da Silva Santos Júnior, known simply as Neymar, is a professional Brazilian footballer who plays for Spanish giants Barcelona. He plays as a forward for both his club and country. Neymar along with current teammates Messi and Suarez are one of the most deadly attacking trios in football scoring. Neymar is still a young footballer but has achieved so much so far. He is already Brazil’s fourth highest scorer. Dubbed as one of the most marketable athletes in the world. As of 2016, Neymar net worth is reported to be $120 million.

Neymar was born on 5 February 1992 in Mogi das Cruzes, São Paulo. He is named after his father which is the reason he likes to be known as Neymar Jr. Neymar’s talent was obvious from a very young age and says that futsal was his love growing up where he learned his tricks. In 2003, his family relocated to Santos and he developed through the youth system in Santos and made his professional debut for the team when he was just 17 years old.

Names of his media were present from even such a tender time in his career, with many saying he had the potential to be one of the best in the world. He was already earning a considerable amount and already had sponsorship deals at that time. His impact on the first team was that of a veteran showing off great tricks even during open play. Attention came to him in mainstream football , when he won the 2011 FIFA Puskas Award for best goal of the year. Neymar went on to win the South American Player of the year twice in 2011 and 2012.

His major move came in 2013 when he signed for Barcelona for an undisclosed fee which had bonuses according to player performance and contribution. His debut season, he wasn’t able to deliver his best as he was still adapting to the new kind of football being played there. His best would come the next year where Barcelona won the treble, winning the Champions League, Copa Del Rey and League Title. That year he was the joint top scorer in the Champions League with Cristiano Ronaldo and ended the season with 39 strikes in all competitions. The next season Neymar managed to come 3rd in the Ballon d’Or with the domestic double.

Neymar is the face of the Brazilian National team and has a huge role in the almost every game he plays. He has one of the best records for his country even having better stats than Ronaldo and Messi. There were huge expectations from him in the 2014 World Cup held in native land. But a serious injury in the quarterfinals would rule him out of the semi-finals where Brazil was humiliated by a scoreline of 7-1 by Germany. Neymar managed to salvage pride for his country in 2016 though as Brazil won gold in the 2016 Rio Olympics. 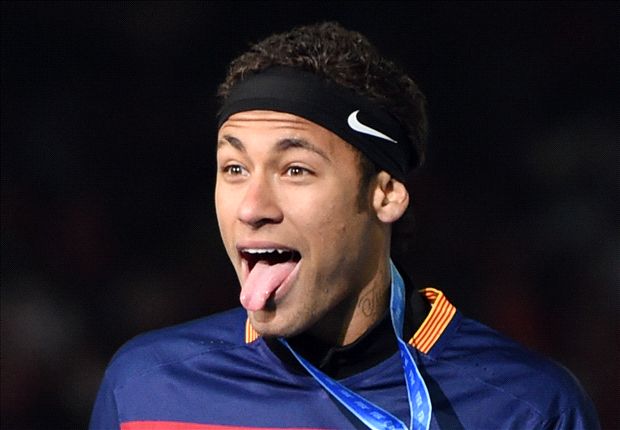 Neymar Net Worth in years

Neymar Earnings from Endorsements in years

Neymar is known for his fancy tricks and plays as a left forward for Barcelona. He has also played as a central striker and occasionally even attacking midfielder for his country. He also has a son with his former girlfriend Carolina Dantas, named Davi Lucca. It’s estimated that Neymar brings in close to $33 million every year with the majority of it being from his salary and endorsements. The number of endorsements that Neymar has been involved is a very long list. But, in 2011 he signed a mega 11 year deal with Nike where he earns reportedly $9.5 million annually.

Some other brands he has endorsed in the past are Volkwagen, Panasonic, Sony, Paypal, Gillette, Beats by Dre, Red Bull and many more. He has also featured in famous commercials for many organizations. He featured in the FIFA 11 alongside many other notable faces against the Ebola Campaign and has been involved in several charities. In fact, Neymar is the fifth most charitable athlete in the world. He is also the founder of Neymar Jr. Project Institute which helps children in his homeland for opportunities. Neymar has been praised by many for his game and with many years still left in his football  career, he is a Ballond d’Or candidate for the future. As of 2016, Neymar has a net worth of $120 million.