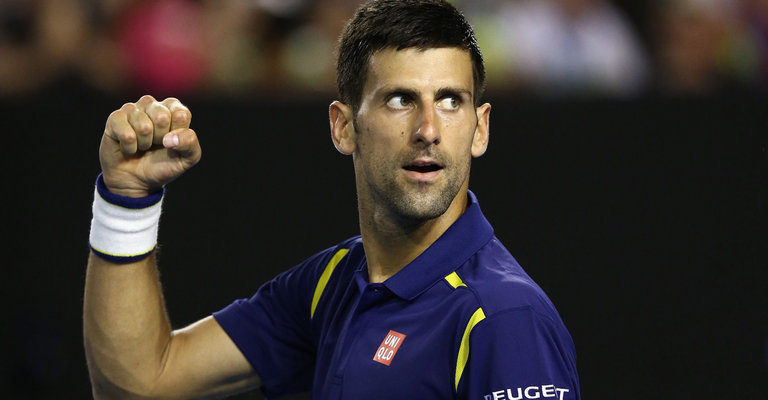 Novak Djokovic Net Worth: Novak Djokovic is a Serbian professional tennis player who has won 12 Grand Slam titles during his career. He has been described as one of the best players of all time and is currently ranked world No. 2 in men’s singles tennis. As of 2016, Djokovic has an estimated net worth of $150 million.

Djokovic was born on 22 May 1987 in Belgrade, SR Serbia, Yugoslavia. He was a talent in the sport from an early age and put in hours upon hours of training every day to master the sports. He played for the Yugoslav national team at the age of 14 and reached a junior world ranking of No. 24 in 2004. Djokovic turned pro in 2003 and played in many Futures and Challenger tournaments winning several titles.

He went on to play in his first Grand Slam tournament at the age of 18 in the Australian Open. He had already shown early signs that he wasn’t any rookie and the hours of hard work had paid off. Through the years, he went on to be under the list of 40 best players in the world at that time. He then went on to win his ATP title at the Dutch Open. Noticing the early successes that he had got, there were many talks that he could be representing the Great Britain. But, eventually, Djokovic decided to represent Serbia as his heart was cemented there.

By 2007, he had already reached the top ten world rankings and the next year won his first major title as well as managed to get a bronze medal at the 2008 Summer Olympics. This was a time when the tennis world started to realize that the dominance of Roger Federer and Rafael Nadal was starting to be saturated because of the presence of Djokovic. 2009 was the year when Djokovic was in full flow and had an amazing momentum throughout the year. He went on to appear in ten finals that year among which he had won 5 of them.

Novak djokovic Net Worth in years:

Djokovic had already established himself as one of the top four including other stars like Federer, Nadal, and Murray. He went on to win the Davis cup the next year and finished as the runner-up in the US Open. His form continued towards 2011 and he went on to win three majors and five masters that year which helped him to reach number one in the rankings at that time setting up many records in the process.

After a hard fought season, Djokovic finished the 2012 season also as number one winning three masters that year as well as his fifth major. In that year’s Summer Olympics held in London, Djokovic was even given the honor to be his country’s flag bearer. In 2015, Djokovic went on to win three more majors and six masters including setting numerous records. He also became the first player to win $100 million in prize money. Djokovic, who is married to long-time girlfriend Jelena Ristić, follows a strict vegan diet and also has a foundation called the Novak Djokovic Foundation.