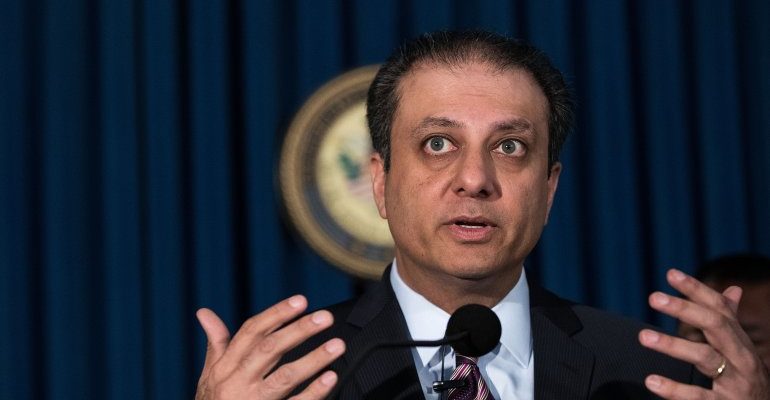 Preet Bharara Net Worth: Preetinder Singh Bharara also known as Preet Bharara is an Indian-American lawyer who served as U.S Attorney for the Southern District of New York from 2009 to 2017. As of 2017, Bharara’s net worth is estimated to be in the range of $1.5 million to $3 million.

Bharara’s career in politics started when he became nominated to become U.S. Attorney for the Southern District of New York by President Barack Obama. As U. S. Attorney he earned a reputation of a crusader prosecutor who was aggressive and outspoken prosecutors of public corruption and Wall Street crime. During Bharara time, the U.S. Attorney’s office for the Southern District of New York prosecuted nearly 100 Wall street executives for insider trading and other offenses. He also reached settlements and fines with four largest banks in United States and closed multibillion-dollar hedge funds for activities including insider trading.

After Donald Trump was elected as the President of the United States, Bharara met with Trump where he asked Bharara to remain as U.S. Attorney during his time. But on March 10, 2017, U.S. Attorney General Jeff Sessions ordered all 46 United States Attorney to submit letters of resignation. Bharara refused to give the resignation but he was fired the next day.