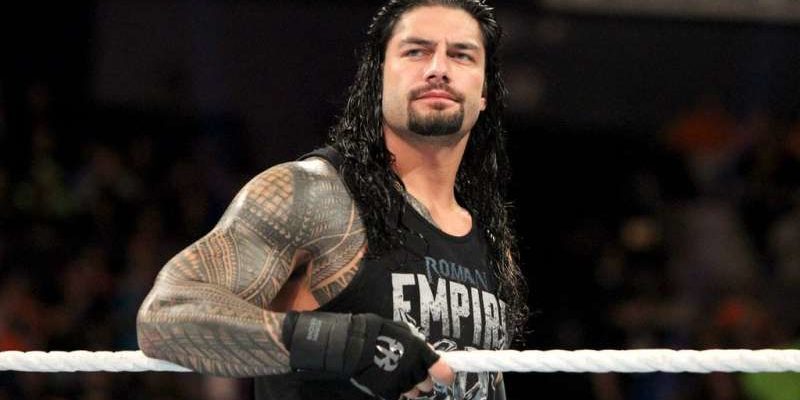 Roman Reigns net worth: Leati Joseph “Joe” Anoaʻi, who is best known by his stage name as Roman Reigns is an American professional wrestler, who is currently signed with WWE. He made his breakthrough on the show as a member of The Shield and has since then gone on to be the World Heavyweight champion as well as a Royal Rumble winner. As of 2016, Reigns has an estimated net worth of $6 million.

Roman was born on May 25, 1985,  in Pensacola, Florida. During his days as a student at Pensacola Catholic High School, he was an avid football player. He went on to play college football at Georgia Institute of Technology even being named to the first-team All-Atlantic Coast Conference (ACC). He wasn’t able to be drafted in the NFL and had a short stint with Minnesota Vikings in 2007. After this, he joined Edmonton Eskimos of the Canadian Football League but things didn’t go to plan and eventually, he took the bold decision to retire from football.

Initially, he signed with WWE having the stage name as Roman Leakee. He went on to perform in many FCW matches and came into the spotlight after the show transitioned and was rebranded into NXT. He was a member of ‘The Shield’, which quickly made an impact on the WWE for its attacks on the top stars including Ryback. They then had a feud with John Cena and after they won the tag team championships, the group was distorted after Seth Rollins went against their back. Eventually, it was a move so that they could pursue their own individual careers and many feuds resulted after that.

Roman Reigns net worth in years

Reigns, who is married to Galina Joelle Becker since 2014 also share a daughter together. After his breakthrough as a member of The Shield to a contender for the championship and in that radius, his popularity and ratings have increased significantly for his changing roles in face and heel. Most recently a changed script resulted in him being 2016’s Most Hated Wrestler of the Year by Pro Wrestling Illustrated. Some of the feuds that have gained a lot of attention are those that involved him against Big Show, Randy Orton, The Authority as well as that with Brock Lesnar.

Some of the highlights of his career have been his Royal Rumble victory as well as winning the WWE championship against Triple H at Wrestlemania 32. His annual earnings are estimated to be about $2 million in salary from his contract with WWE and also probably includes bonuses which have been undisclosed. His popularity has helped to have earnings in the region of $450,000 per year from endorsements. He has also had different roles under his stage name in shows like “The Merchandise”. He has been a top name for the brand ever since its revolution with new faces winning the WWE Heavyweight championship three times, the United States Championship once and his award as the 2014 Superstar of the Year.