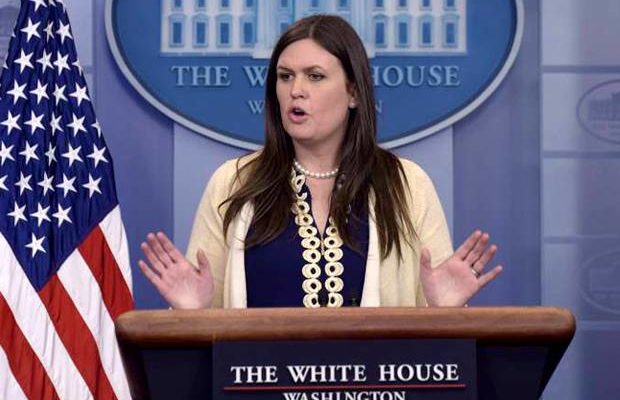 Sarah was born on August 13, 1982 in Hope Arkansas as a youngest of three children to Mike Huckabee and Janet Huckabee. Her father is also an American politician who served as the 44th Governor of Arkansas from 1996 to 2007. So, it is not surprising to see that politics runs through her family. Sarah attended Little Rock Central High School in Arkansas and graduated with Business in Arts from Ouachita Baptist University.

Sarah started her political career serving as a field co-coordinator for her father’s 2002 re-election campaign for Governor of Arkansas. She served as a regional liaison for congressional affairs at the Department of Education and working as field coordinator for President Bush’s re-election campaign in Ohio in 2004. She also served as national political director for her father Mike Huckabee’s 2008 presidential campaign. She also served as an advisor to Tom Cotton’s 2014 election. For her brilliant achievement in politics, she was named TIME’s “40 under 40” in politics.

After managing her father’s presidential campaign in 2016, she signed as a senior advisor for Donald Trump’s 2016 presidential campaign handling the Trump campaign’s communications for coalitions. She has been in news recently after she replaced Sean Spicer in the White House press briefing after the dismissal of James Comey. It is also speculated that president Trump is considering her to replace Sean Spicer as a White House Press secretary.