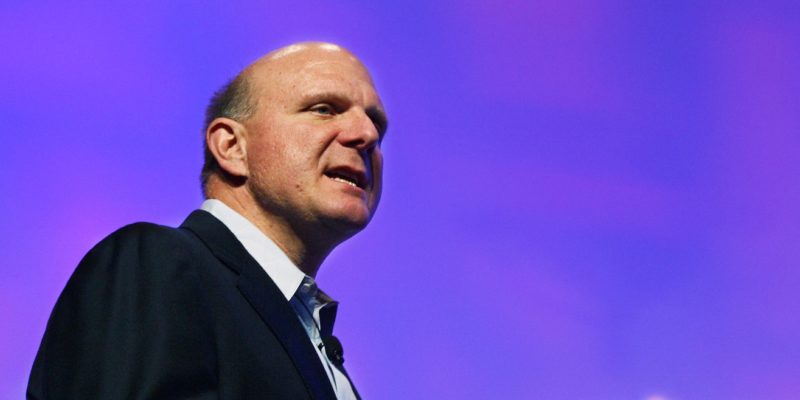 Steve Ballmer net worth: Steven Anthony Ballmer is an American businessman who is currently ranked as the 22nd richest person in the world. He is the former chief executive officer of Microsoft and is the current owner of the Los Angeles Clippers. As of 2016, Ballmer has an estimated net worth of $29.2 billion.

Ballmer was born on March 24, 1956, in Detroit. He is the son of Frederic Henry Ballmer who was a manager at the Ford Motor Company. He shortly attended Lawrence Technological University for college prep and later graduated from Detroit Country Day School. He then went on to get his B.A. in applied mathematics and economics from Harvard University with the highest honors. This showed that Balmer was very good in his academics from the beginning.

Even during his college days, Ballmer was managing the University’s football team.  He later went on to work as an assistant product manager at Procter & Gamble. He was initially studying at Stanford Graduate School of Business but later dropped out the same year he joined in 1980 to work for Microsoft as he saw a bright future there as well as potential in the vision that Bill Gates had.

He was actually the very first manager of the now mega large company. During that time, Ballmer reportedly owned about 8% of the company when Microsoft was just in its early years of development. Even though his amount of shares in the company has decreased, it is still a significant amount of money that Ballmer holds. He had a big hand in the development of the.NET Framework and served as the President for the company until 2001.

Steve Ballmer net worth in years

After that, Ballmer became the Chief Executive Officer which was a higher ranking just below the chairman Bill Gates. After Gates stepped down in 2006, Ballmer was the one who was controlling the majority of what was happening with Microsoft at that time. This phase of transition was said to be rough internally with many decisions being made which have not been spoken off in the public eye. Under the leadership of Ballmer, the revenue for Microsoft increased drastically from $25 billion to $70 billion. Ballmer, who was also the director for Accenture till 2006, decided that he would retire in 2014.

But, Ballmer has been active in other fields as on May 29, 2014, Ballmer took ownership of the Los Angeles Clippers of the National Basketball Association (NBA) for an amount worth $2 billion. He has also made investments for the renovation of KeyArena. He has also been a very active philanthropist donating millions of dollars to many causes over the years. Along with his wife Connie, in 2014 Ballmer donated a huge amount of $50 million to the University of Oregon to make it a better campus and help students to get scholarships as well as better health facilities. Ballmer has had tremendous success because he positioned himself perfectly by working hard in Microsoft and eventually even became the CEO of Microsoft.