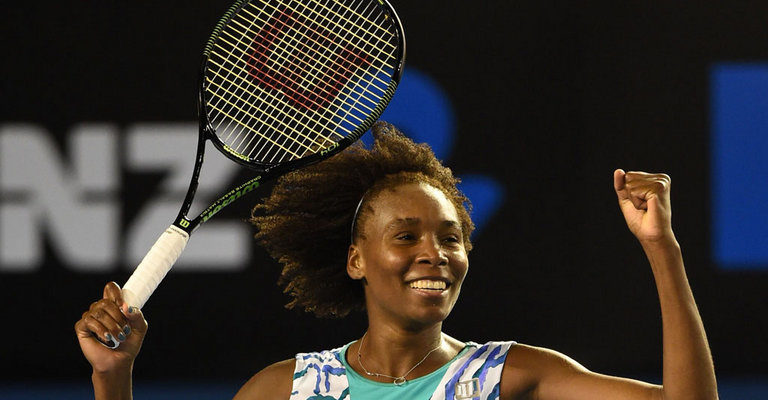 Venus was born on June 17, 1980 in California to Richard Williams and Oracene Price. Venus and her sister Serena attended the tennis academy of Rick Macci. She then turned pro on October 31, 1994 at the age of 14. She showed the sign of her tennis ability in the second round of her professional tournament against World No. 2 Arantxa Sanchez Vicario breaking her serve. She lost the match but her capability of playing powerful stroke was seen by the world.

Venus then made her debut Grand Slam at the French Open, reaching second round. She then lost in the first round of Wimbledon while her debut US Open was one to remember as she lost the final to Martina Hingis after defeating Irina Spirlea in semi final. Her ranking then improved from top 100 to World No. 22 the same year.

Since then, Venus hasn’t stopped getting success in her career. As of 2016, she has seven Grand Slam singles titles making her twelfth women to do so on the all-time list. She has also won 14 Grand Slam double titles and two mixed double titles. She also has the record of winning 5 Wimbledon singles titles and another woman to do so is her sister Serena Williams.  Venus has also record of 35 match winning streak from 2000 Wimbledon Championships to the 2000 Generali Ladies Linz. She is also one of only three active WTA players to make to the finals of all four Grand Slams, along with Serena Williams and Maria Sharapova. Her 49 singles title at 2016 Taiwan Open made her 5th Oldest WTA Tour titlist in the Open Era at 35 years 7 months and 28 days.

Venus Williams Net Worth over the Years

From her country side, she has won four Olympic gold medals, one in singles and three in women’s double along with silver in mixed doubles. She also holds the record for the most Olympic medals won by a male or female player shared with Kathleen McKane Godfree and the only player to have won a medal at four separate Olympic Games. In her career, she has played 742 matches losing only 208 match with 78% winning rate in Singles only. She has played 27 professional matches against her sister since 1998 and has won 11 times. They played against each other in 8 Grand Slam singles finals with Serena winning six times. On the other side, the pair has won 14 Grand Slam doubles title playing alongside each other and are undefeated in Grand Slam Titles. Her record are certainly one to catch which makes her one of the best tennis player in this era.